Radioactive materials can be potentially dangerous if not handled correctly.

Radioactive materials — called radioactive sources — play a larger part in industries than many of us realize. Radioactive sources are often found in tools utilized in the medical industry, industrial (construction, oil or gas drilling), and in power plants. The materials found in these tools can be potentially dangerous if not handled correctly or if they are used for purposes in which they were not intended to be used.

For example, industrial radiography sources can be used to help determine the extent of oil fields or to verify the quality of welding seams at construction or other job sites.

The Pacific Northwest National Laboratory (PNNL), a part of the United States national laboratory system and funded by the US Department of Energy (DOE) and National Nuclear Security Administration (NNSA) to develop a security system to help keep radioactive materials used by private industry out of the hands of terrorists. The Mobile Source Transit Security (MSTS) system combines radio frequency tags, global positioning systems, radiation detection and advanced software to keep track of radioactive materials as they move through a country. It also can detect tampering and attempted thefts by issuing alerts directly to security and police.

The MSTS system is a first line of defense against radiological terrorism and provides real time notification to authorities if the material is tampered with or moved without authorization.

The thousands of radioactive sources used by private industry worldwide have limited use to produce “dirty bombs” with a goal of seriously sickening or killing humans by spewing radiological contamination, according to the United States Nuclear Regulatory Commission. This type of “dirty bomb” could be considered more of an economic terrorist weapon since if utilized in a country there may be relatively few human casualties but severe economic and reputational consequences for a country if it was used in an economic center or capital city of a country such as Slovakia. There would be some contamination and extensive environmental clean-up costs as well as an adverse effect on the citizens that would fear health effects from such an event.

The International Atomic Energy Agency (IAEA), based in Vienna, Austria, has stated in numerous publications concerning the safety and security of radiological sources: “The loss of control over sealed radioactive sources in industrial applications has led to a number of serious accidents, the vast majority of serious accidents and incidents in industrial use are due to a source that has been lost or stolen”.

In Bratislava – Podunajské Biskupice on 1 October 2019 a moisture/density gauge used by private construction industry containing some radiological material, Cesium-137, was stolen from a parked vehicle. The theft took place during the night, as the driver left the vehicle with the gauge inside parked in a public area in Bratislava. The stolen gauge was successfully retrieved by the police forces on the same day after several hours and the device was found in the bushes approximately 4 km further away from the theft. Fortunately, the Slovak Police forces mobilized quickly and efficiently to safely recover this item preventing it use by terrorists or even the accidental injury to a child or citizen that may have found the device and been exposed to the radiological material. The MSTS system is designed to prevent such thefts from occurring and assist the police and other authorities in successfully recovering radiological materials.

The PNNL MSTS technology, developed with funding from the US National Nuclear Security Administration, has been deployed in many places in the United States. PNNL is now working with initial commercialization partner, Eagle Integrated Services of Washington DC and The Palatin Group SK s.r.o.. The Palatin Group SK is a Bratislava based technology integration partner that is working closely with private industry in Slovakia and throughout Eastern Europe to secure mobile radiation sources with the MSTS technologies contributing to safer operations of equipment that utilize industrial radiography sources.

Working closely with businesses that utilize industrial radiography and non-destructive technologies is a key to success for MSTS programs around the world. Palatin SK has been working closely with members of the Slovak Society for Non-Destructive Testing and private companies in this sector to ensure MSTS enhances security of radiological materials while not interfering with the daily operations of the participating companies. Ing. Pavol Kučík, General manager of SlovCert s.r.o. in Bratislava states, “We have many private NDT (Non-Destructive Testing) companies who are using Iridium-192 or Selenium -75 sealed radioisotope sources to the industrial gamma radiography industry. These sources are used to perform industrial gamma radiography on materials such as castings, forgings, and weld defects. Sources are inserted into containers where is used depleated Uranium as the shielding material. I know that security during trasport of these containers is often underestimated and for this reason we have to decrease radiation hazard to the public or the environment by permanent monitoring”.

This is why technology that keeps track of the materials is so important. The MSTS, is a system that is comprised of detection devices and radiofrequency tags and through GPS monitoring also allows for constant “eyes” on the radioactive materials in transit. The MSTS knows when material moves from where it originally was and if the level of radioactivity has decreased or if the materials are not returned to their proper secure location at the end of the workday. The system is a tool for the police and other authorities to coordinate security efforts with private industry that owns these materials to prevent theft or loss of these costly tools. Not only is there protection to national security but profitability for the private company that is utilizing MSTS technology. It can become costly and damage the reputation of the company if equipment falls from a truck, gets left behind at a job site, or is stolen for its radioactive material.

PNNL, its licensees and partners in Slovakia have developed and are implementing the MSTS system to help protect such radiological material from theft, loss, or tampering. The Palatin Group SK in Bratislava has been working closely with Slovak industries to have Slovakia be an example of how an industry can operate safely and contribute to the national security of the country. The MSTS program was scheduled for implementation in Slovakia during 2020, but due to current COVID-19 related delays, it is anticipated that the Palatin SK team will begin this project in early 2021. 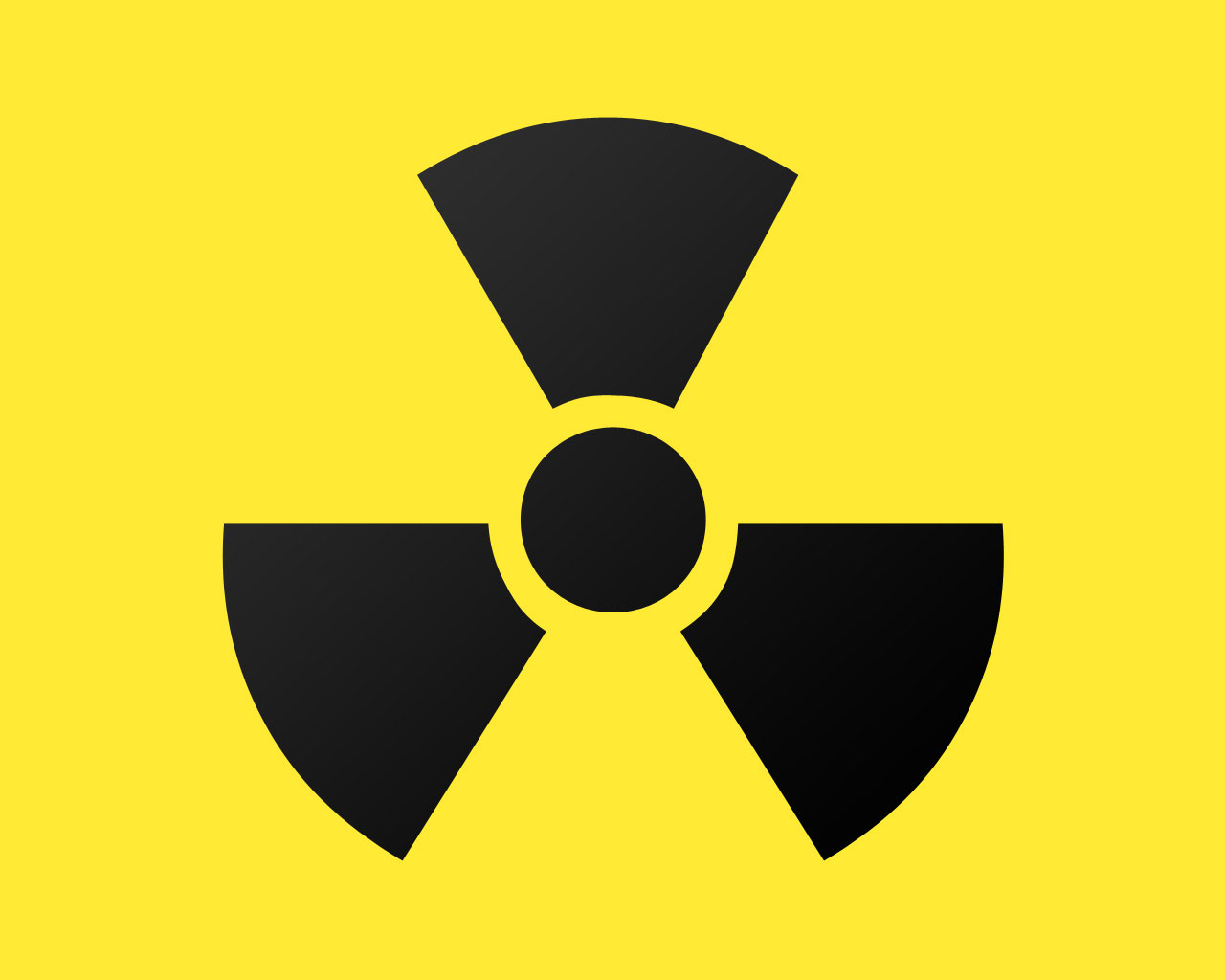 Radioactive materials are a critical tool in a number of industrial applications particularly oil and gas drilling and welding. While these sources are safe and well-regulated for their intended use; if lost or stolen the materials could be used by terrorists to make dirty bombs. The Department of Energy’s Pacific Northwest National Laboratory developed and licensed a technology system to keep track of and secure radiological material on the road or at job sites. Eagle Integrated Services of Maryland, will produce and deploy the Mobile Source Transit Security, or MSTS system, starting at several sites in the United States and Internationally.

The system is a first line of defense against radiological terrorism and provides situational awareness if the material is tampered with or moved from where it is supposed to be.

According to the Nuclear Regulatory Commission, most radiological dispersal devices would not release enough radiation to kill people or cause severe illness. But they certainly could create fear and panic, contaminate property and require potentially costly cleanup. The National Nuclear Security Administration sponsored PNNL to develop the MSTS system to help protect such material from theft, loss, or tampering.

Radiological sources are commonly used in the oil and gas industries. These sources help determine and log geological features of an oil well, such as porosity or proximity to oil. Other devices with radiological material are commonly used for industrial radiography where devices are used to inspect welds on jobsites. PNNL used its extensive radiological and radio frequency expertise to develop the MSTS system, which consists of detection devices and radiofrequency tags specifically designed to track the devices that house this radiological material.

Eagle Integrated Services will produce the system and make it available to companies that manage the estimated thousands of radiological sources internationally.

“We are very excited to have several stakeholders interested to deploy this technology, and an overwhelming interest from a broad range of companies that are looking for a cost-effective solution to protect their radiological sources” said Mike Ellis, COO at Eagle Integrated Services. “PNNL’s technology is a valuable addition to our portfolio of products and services designed to provide physical protection to radioactive materials around the world.”

An oil well mapping truck can travel several hundred miles from its home base. The radiological sources are shielded in specialized casks and moved in trucks that meet Department of Transportation requirements. MSTS sensor technology and associated software can determine when a radiological source moves from where it’s supposed to be and alerts officials. Components of the system work together to control and secure the sources from home base, to the field and back.

The MSTS can also detect changes in radiation levels, which can indicate a source has been taken from its shielding cask. Likewise, a master control unit monitors sensors and runs decision processing software to detect any tampering with or removal of the radiological material. Global Positioning Systems track the location of the transport vehicle to and from the job site. All data are available to system users through a custom MSTS software.

NNSA’s Office of Radiological Security, whose mission is to protect, remove and reduce industrial radiological sources, completed more than a dozen deployments of MSTS in the United States and is now assisting international partners in securing their mobile radiological sources. Eagle Integrated Services is also working independently with several international and domestic partners to install and deploy this technology.